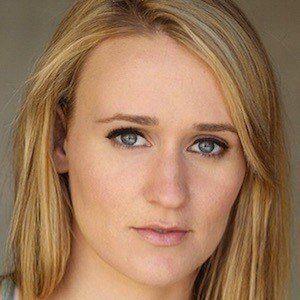 Star of the film The House Sitter who has appeared in television movies and guest-starred on television shows such as Stitchers, Justified, Brooklyn Nine-Nine and Criminal Minds.

She attended the University of Mississippi where she received a Bachelor of Fine Arts in acting.

She has starred in commercials for Jack in the Box, Turbo Tax and Hot Pockets. She starred on stage in several productions for Women of the Earth Productions, Ole Miss Theatre and 3Monkeys Theatre.

She starred alongside Kate Ashfield in The House Sitter.

Ashley Dulaney Is A Member Of