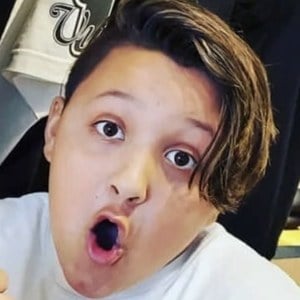 YouTube personality also known as Skylander Boy who is best known for appearing with his family on the popular gaming channel FGTeev. He and his family members also run the additional channels FUNnel Vision, DohMuchFun and TheSkylanderBoy AndGirl.

The channel FUNnel Vision was created by his parents before he was even born. It was launched in December of 2006.

When combining the subscriber account of the four YouTube channels, the Skylander family has more than 2 million subscribers.

His sister is known as Skylander Girl and he also has two brothers named Shawn and Chase. His parents' names are Vincent and Samantha. The family has a dog named Oreo the Dog.

He is a member of a family of YouTube personalities like Emmi Butler of the Shaytard family.

FGTeeV Mike Is A Member Of