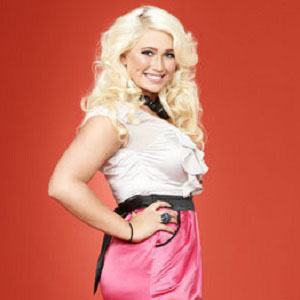 Season 9 cast member of the hit reality series Bad Girls Club who earned the nickname of The Platinum Party Girl.

She first appeared on national television screens in July of 2012 when the show premiered.

She was the last Bad Girl to leave the house in season 9.

She has two sisters and a brother. She has a dog named Ted. She got engaged to Matt Olinger.

She appeared alongside Julie Ofcharsky in Bad Girls Club.

Ashley Dye Is A Member Of