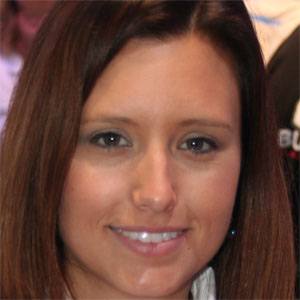 The first woman to earn a win in Top Fuel Funny car racing; defeated her father in the final round at the NHRA Summit Southern Nationals.

She won 3 of the season’s final 5 races as a Top Alcohol Dragster rookie in 2004.

She was featured with her family on the A&E reality show Driving Force.

Ashley Force Hood Is A Member Of