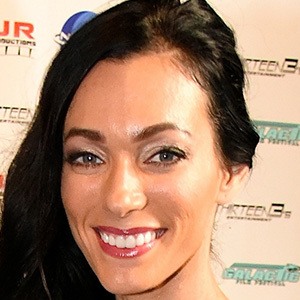 American film actress who is best recognized for her appearances in several horror films. She is kknown for having played Rachel Kimmel in the 2015 film All Through the House and for having participated in the SyFy competition series Robot Combat League during the shows first season.

She originally earned her degree in Psychology from California State University, Stanislaius and started her career working as a probation counselor.

She is known for having won the Best Actress award at the Action on Film International Film Festival in 2016 for her role in the film All Through the House.

She was born and raised in Contra Costa, California. Her brother is horror film director and writer Todd Nunes.

Ashley Mary Nunes Is A Member Of