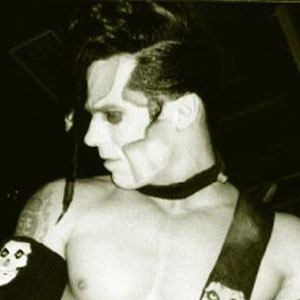 New Jersey-born guitarist known for his work with the Misfits, a 1970s and early 1980s band famous for its fusion of horror movie elements with punk rock music. He later founded bands called Kryst the Conqueror and Gorgeous Frankenstein.

At the age of sixteen, he joined the Misfits, replacing the band's previous guitarist Bobby Steele.

He independently released his debut solo album, Abominator, in 2013.

He was married to Stephanie Bellars from 2001 to 2013 and he has a son named Boriss. He was born Paul Caiafa in Lodi, New Jersey. His older brother, Jerry Only (Gerrard Caiafa), became the bass guitarist for the Misfits.

When the Misfits re-formed in 1995, the new version of the group featured lead vocals by Michale Graves.

Doyle Wolfgang von Frankenstein Is A Member Of