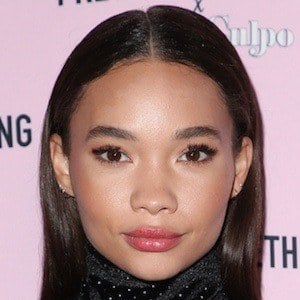 Signed model represented by Nous Model Management who has done work with Kohls and was featured in GQ magazine. She also began appearing in E!'s Model Squad in 2018.

Her height was an issue when she was first trying to get into modeling as she stood at just 5'8".

She gained fame after she went to lunch with Justin Bieber, which started several rumors.

She was born in Oceanside, California and has a sister. She's also resided in Fayetteville, North Carolina.

Her inspirations in the modeling industry include Chanel Iman and Cara Delevingne.

Ashley Moore Is A Member Of