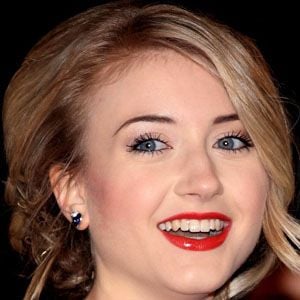 Best known for her role as Amy Barnes on the British soap opera Hollyoaks, she appeared on the popular teen series from 2005 until 2013. In 2008, she joined the cast of the show's spin-off series, Hollyoaks Later.

She first appeared on Hollyoaks in November of 2005. The following year, her character, Amy, experienced both an unintended pregnancy and an automobile accident.

To honor her visually impaired mother, she participated in charity work for Action for Blind People.

She was born in Standish, Greater Manchester, England.

On Hollyoaks, her character had an abusive relationship with the character (Ste Hay) portrayed by Kieron Richardson.

Ashley Slanina-davies Is A Member Of