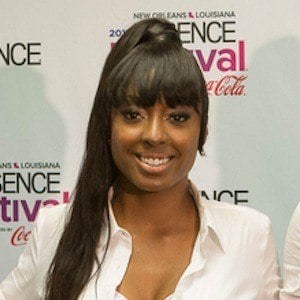 R&B singer who became known after starring in the BET doc-series Chasing Destiny. She was chosen as a member of Kelly Rowland's new R&B girl group June's Diary after becoming one of the five finalists on the competition.

She first began singing at the age of 12. She has toured with known artists such as Keyshia Cole, Trey Songz, and Big Sean.

She competed on season 3 of the reality TV show X Factor with her memorable performance of Whitney Houston's "I Will Always Love You."

She is from Compton, California. She lost her mother at the age of 14.

She opened on a tour for pop singer Jeremih.

Ashly Williams Is A Member Of