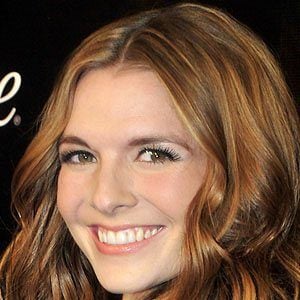 Singer and dancer best known for albums like 2011's "Let It Out". She won the Overall Dancer award at the AMTC Winter Convention in 2004.

She was a publishing and copyright law student at the Belmont University Music Business program.

She was the opening act for Backstreet Boys and New Kids on the Block on the highly-successful NKOTBSB Tour in 2011.

Her father is the famed producer and studio musician Dann Huff.

She opened for "Tattoo" singer Jordin Sparks on the singer's "Battlefield" tour in 2011.

Ashlyne Huff Is A Member Of