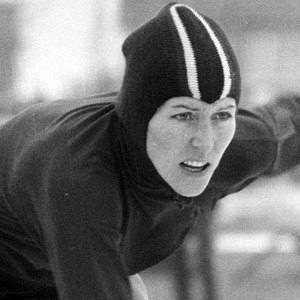 Dutch speed skater who won three Olympic medals at the 1972 Sapporo Olympics. She won a silver and two bronzes.

She won a Junior Championship at the age of 16.

She won 16 gold medals over the course of her career.

Her daughter Boukje Keulen also had a successful skating career.