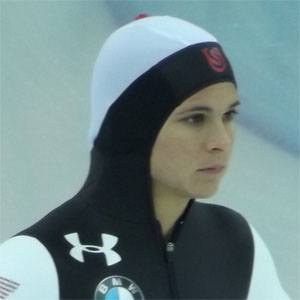 Competed in speed skating at the 2014 Olympics, previously winning three-straight gold medals in the 5,000-meter relay at the World Inline Speed Skating Championships.

She studied at Trinity Catholic High School in Ocala, Florida.

She also played basketball and was a point guard at Florida Atlantic University.

Her parents are named Michael and Deborah.

Brittany Bowe Is A Member Of