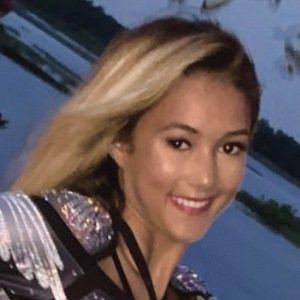 Member of the famous competitive Cheer Athletic Cheetahs cheerleading team between 2016 and 2018. She was named a National Cheerleading Association All-American.

She trained at Scout Out Camp, a collegiate cheer preparatory clinic.

She was announced as a Rebel Feature Model in August of 2017. Her cheer career is documented on Instagram where she earned 50,000 followers.

She has a brother named Zach Acheson.

She and Karolyne Day were both named members of the 2017-2018 Epic Athletes team by Epic Brands.

Ava Acheson Is A Member Of