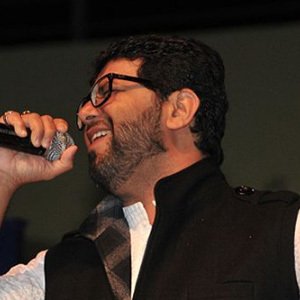 Indian music composer and singer who is popularly known for his work in the Marathi film and music industry. He's also been a judge on several singing competitions and anchoring his own chat show Khupte Tithe Gupte.

He started his career as a composer in the year 2002, when he composed an album of eight songs on the theme of Rain (Marathi Title "Paus"). He received the "Alpha Gaurav Puraskar" for the Best Composer 2002 for this album.

He's been married to Girija Gupte.

He was a judge for Sa Re Ga Ma Pa Little Champions on which singer Anamika Choudhari appeared.

Avadhoot Gupte Is A Member Of