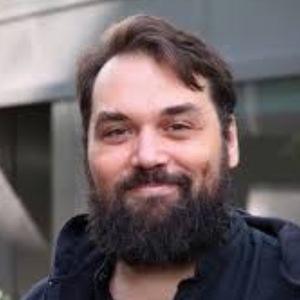 His animation career began in 1997 when he was hired as a layout artist for Blake et Mortimer then as a storyboard artist for Diabolik.

He has a brief voice acting cameo in the French version of Miraculous: Tales of Ladybug & Cat Noir in the episode titled "The Gamer," where he voices the menu of Ultimate Mecha Strike III.

His parents named him in honor of the opening lines of David Bowie's single "Space Oddity." He's married.

The English version of his show Miraculous: Tales of Ladybug and Cat Noir stars Jessica Gee and Grant George.

Thomas Astruc Is A Member Of