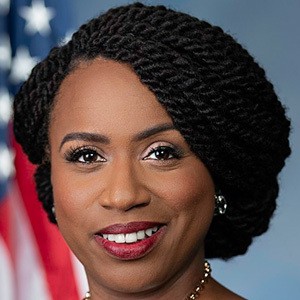 American politician who worked her way up to become the U.S. Representative for Massachusetts's 7th congressional district in 2019. She also worked as a member of the Boston City Council from the at-large district for nearly a decade.

She attended both Boston University's College of General Studies and Metropolitan College.

She became the first African-American woman to be elected to Congress in Massachusetts.

Her mother Sandra worked as a community organizer and her father Martin was a professor.

Ayanna Pressley Is A Member Of