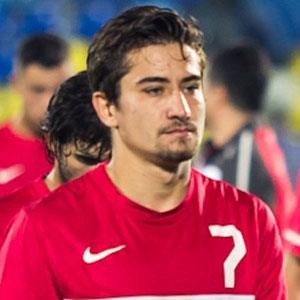 Turkish soccer player best known as a winger for Galatasaray, with whom he has won multiple Super Lig and Super Kupa titles. He has represented Turkey internationally from the Under-16 level on.

He began his youth career with Galatasaray in 1998 before making his senior debut with the club in 2006.

He scored a key, last-minute goal against Konyaspor to help Galatasaray win the Super Lig title in 2006.

He has been teammates with team captain Selcuk Inan in Galatasaray.

Aydin Yilmaz Is A Member Of