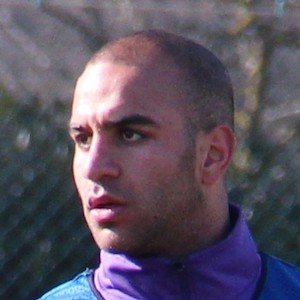 Soccer player who has been a standout centre back for clubs like Étoile du Sahel, Toulouse and  Valencia. Internationally, he has represented Tunisia at multiple Africa Cup of Nations tournaments.

He hails from Sousse, Tunisia.

He was named to the Confederation of African Football Team of the Year in 2015 and 2016.

He has posed for photos with his father on Instagram.

He has played alongside Youssef Msakni on the Tunisian national team.

Aymen Abdennour Is A Member Of