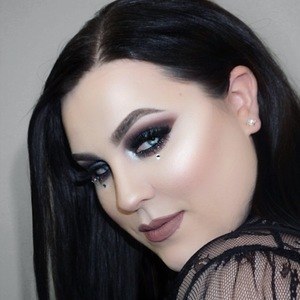 YouTube makeup artist known for her tutorial videos, both for practical makeup and special effects. She also posts hauls and reviews.

She uploaded her first video to her channel at the end of 2012.

She grew up in Manitoba, Canada but later moved to Toronto.

She once reviewed the Kat Von D line of makeup.

Bailey Van Der Veen Is A Member Of