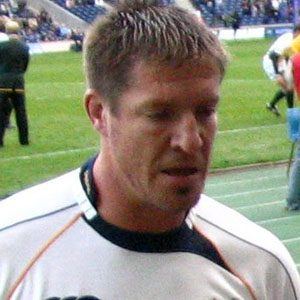 One of the world's most decorated rugby players who won the 2007 Rugby World Cup with South Africa.

He played for the under-19 and under-23 Springbok sides before being chosen for the South African A team.

He was nicknamed The Enforcer for his extremely physical style of play.

He was suspended for 9 weeks after headbutting All Black halfback Jimmy Cowan in 2010.

Bakkies Botha Is A Member Of