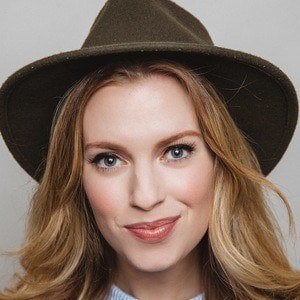 Canadian voice actress who was the voice of Yang in the YouTube series RWBY. She has also lent her voice to several other Rooster Teeth web series. She later went on to create a self-titled channel, featuring vlogs, beauty and fashion-related content.

She signed up on Rooster Teeth Productions' website in 2004 and was a hostess of WatchMojo.com for many months in 2010.

She earned a degree in marketing from Concordia University.

She grew up with family in Montreal, Quebec, Canada. She has a younger brother. She has been in a relationship with Trevor Collins.

She has starred in RWBY alongside Lindsay Jones.