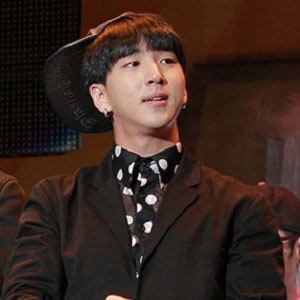 South Korean idol and primary rapper of the boy band B1A4 who received critical acclaim for his role in the drama God's Gift - 14 Days in 2014.

A friend of his posted a photo of Baro on the social network service Cyworld where a company representative discovered him. He trained for at least 2 years and made his debut on the stage of MBC Show! Music Core.

He was invited to star in the MTV reality series Match Up with Block B.

He was born in Cha Sun Woo in Gwangju, South Korea and is based out of Seoul. He has a younger sister.

He performs alongside Cnu in B1A4.

Baro Is A Member Of