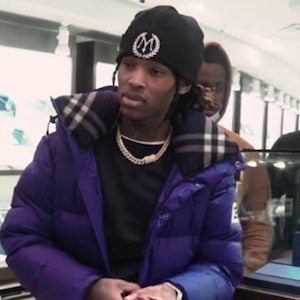 Rapper who was a rising name in Chicago's drill music scene with tracks like "Problems," "Crazy Story" and "Beat That Body." His first studio album, Welcome to O'Block, was released in 2020.

He grew up on the "O-Block" on the South Side of Chicago, Illinois.

He was a member of the Only the Family collective formed by rapper Lil Durk in 2011.

His real name was Dayvon Bennett. He had two older brothers and a sister named Kayla B. He dated fellow rapper Asian Doll. He had a child with Instagram star Queen Kema. His third child, Demi Rowe, was born in July 2021.

He was featured on the 2020 Sada Baby single "Pressin."

King Von Is A Member Of