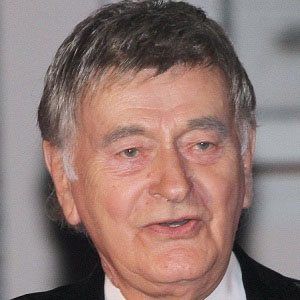 Famous for his performances in Broadway productions of Copperfield, Camelot, Aspects of Love, and Jekyll & Hyde, he was also active on the English and Australian theatre scenes. Also a screen actor, he was featured in all six Josh Kirby... Time Warrior! films, as well as in episodes of Doctor Who, Matlock, and Star Trek: The Next Generation.

After serving in the British Army's Royal Regiment of Artillery, he made his stage debut at Manchester, England's Library Theatre Company.

In 2005, he appeared in the science fiction miniseries The Triangle.

The son of Harold Ellis Stead Ingham and Irene Boloton Ingham, he grew up in Halifax, West Yorkshire, England. His marriage to Tarne Ingham lasted from 1957 until his death in 2015.

Ingham made his Broadway debut in a 1959, John Gielgud-directed production of Shakespeare's Much Ado About Nothing.

Barrie Ingham Is A Member Of