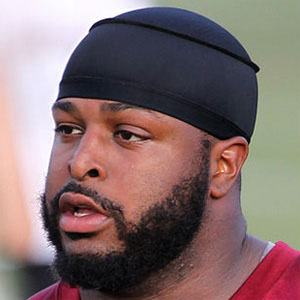 Nose tackle selected in the 4th round by the Giants played five seasons with the team before signing to the Redskins in 2011.

He was an impressive athlete at Cleveland Heights High School, where he reached the varsity level in football, basketball, track and baseball.

He started every game in 2011 for the Redskins and would be voted a co-defensive captain the following season.

He was born in Cleveland to his Cathy Cofield.

He won his first Super Bowl championship with teammate Eli Manning in 2008.

Barry Cofield Is A Member Of