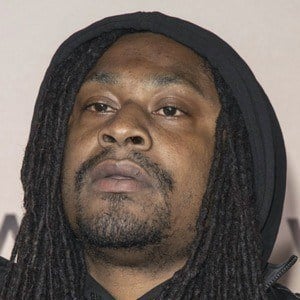 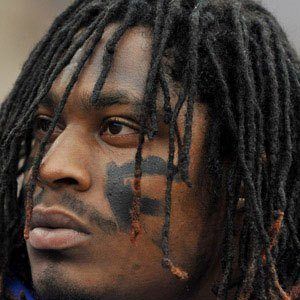 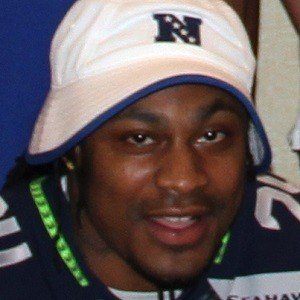 Pro Bowl NFL running back best known for his time with the Seattle Seahawks, where he began to flourish and develop his notorious "Beast Mode" playing style. He helped lead the Seahawks to victory in Super Bowl XLVIII. In 2017, he came out of brief retirement and was traded to the Oakland Raiders.

He played college football at UC Berkeley, winning Pac-10 Player of the Year in 2006. He was drafted 12th overall by the Buffalo Bills in 2007 and traded to the Seahawks in 2010.

His tough, 67-yard touchdown run against the New Orleans Saints in the 2011 playoffs solidified his place as one of the toughest running backs to bring down in the NFL, helping to bring the term "Beast Mode" to life.

He began dating Charmaine Glock in 2015. His cousin JaMarcus Russell was drafted first overall by the Oakland Raiders in 2007.

He began playing under head coach Pete Carroll on the Seattle Seahawks in 2010.

Marshawn Lynch Is A Member Of