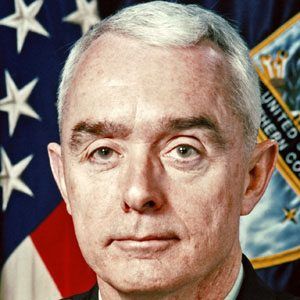 Four-star general turned news commentator and consultant who criticized American treatment of detainees during the War on Terror. He was the 4th Director of the Office of National Drug Control Policy from 1996 to 2001.

After graduating from West Point, he served with the elite 82nd Airborne Division and with the first Cavalry Division in Vietnam.

He sounded off on the major networks and in newspapers about American soldiers shooting retreating Iraqi soldiers after a cease-fire.

He grew up in Taunton, Massachusetts.

In 1996, President Bill Clinton put him in charge of the Office of National Drug Control Policy.

Barry McCaffrey Is A Member Of