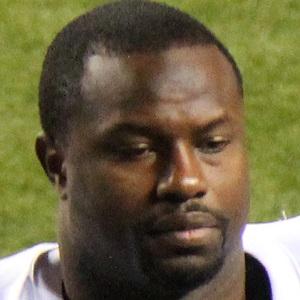 Professional linebacker in the National Football league who was selected to the Pro Bowl in 2006 while playing for the Baltimore Ravens. After seven years with the Ravens, he played for the New York Jets from 2009 to 2012.

He played both linebacker and running back at Southeastern High School, recording 76 tackles and leading the team in rushing.

He gave a postgame interview after a playoff win over the New England Patriots calling out 'all the non-believers' that then went viral on Youtube.

He and his wife, Darnesha, have two children, named Bartholomew and Gisele.

He was drafted by the Baltimore Ravens where he played alongside all-pro linebacker Ray Lewis.

Bart Scott Is A Member Of