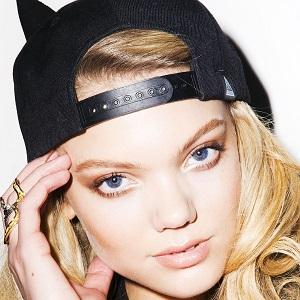 Multi-talented television presenter for MTV who is also an editor, stylist, model and DJ. She was signed as a new face of MTV UK in 2012 and would go on to present daily news and report from movie premieres and red carpet events.

She graduated from The London College of Fashion with a degree in fashion styling and photography. She then became an editor and stylist for FIASCO magazine.

She was a co-host for the main fashion theatre stage at The Clothes Show Live in 2013 and for Topman's live online coverage of their LCM fashion show in 2014.

She comes from a musical family, with her mom playing bass, her dad playing guitar and her sister playing the piano.

She previously co-presented an MTV show alongside recording artist Ne-Yo.

Becca Dudley Is A Member Of