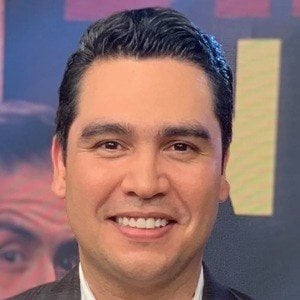 Television show host, personality, and producer who is best known for his work on the talk show series Jueves de Parranda. In 2017, he hosted TV Azteca's variety show Corazón Grupero.

He obtained a bachelor's degree in marketing.

He was a host at the 8th MonitorLATINO Convention. He also hosts BioClip on TV Azteca Internacional.

He posed for a photo with music performer Ramon Ayala in October 2017.

Oswaldo Carlos Martínez Is A Member Of