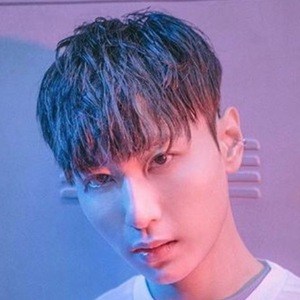 Vocalist and visualist for the K-pop boy group MVP which debuted with a 2017 EP called Manifest. It was revealed in early 2022 that the group MVP disbanded.

He was a member of a dance crew called Speed.

He was chosen as a member for MVP by PH Entertainment. In July 2021, he posted a video to Instagram of he and two other members of MVP doing a 'permission to dance' challenge.

His birth name is Park Young Bin. His twin brother Jin joined him in MVP.

He and Sion were both members of MVP.

Been Is A Member Of