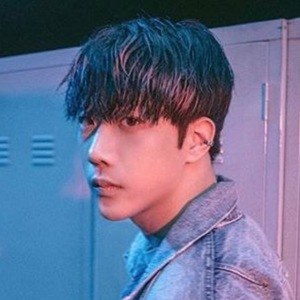 One of two rappers within the seven-piece K-pop group MVP. He and MVP debuted with a 2017 EP called Manifest.

He competed on the reality survival show The Unit.

He chose the English stage name of P.K at the suggestion of the MVP CEO. He gained the reputation as the best choreographer in MVP.

His birth name is Park Myung-kyu.

He and Kang Han were two of the seven members of the PH Entertainment-formed boy band MVP.

P.K Is A Member Of