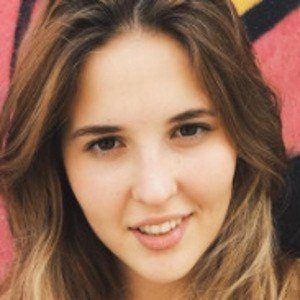 Actress who rose to fame as a child playing the child Alicia in the television series Papi Ricky. She then followed up with roles in Cuenta Conmigo, Feroz, and Dos por uno.

She was ten years old when she took on the debut role of eight year-old Alicia on Papi Ricky.

In 2014, she was invited to appear on the television series Mujeres Primero.

Her parents are Aldo Soto and Carolina Infante. Her sister is also a model.

In Papi Ricky, she starred opposite María Elena Swett.

Belén Soto Is A Member Of