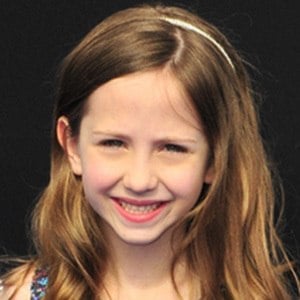 Actress, TikTok video star and social media sensation with credits in A Fairy's Game and Secret Agent Dingledorf and His Trusty Dog Splat. She booked smaller parts in bigger films such as Tomorrowland and Annabelle.

She was part of a 2010 TV movie called A Walk in My Shoes when she was a baby.

She voiced Keia in the TV series Puppy Dog Pals. She and her brother Elijah Nelson have earned more than 3.6 million fans for their shilohandbros TikTok account.

She has brothers named Elijah, Daniel, Micah, Judah, and Josiah. She also has a sister named Mary Jon. They collectively appear on the TikTok account Shilohandbros.

She and Jill Talley have both voiced characters in Puppy Dog Pals.