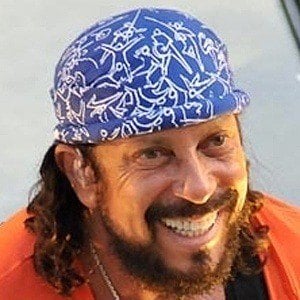 Washington "Bell" Marques da Silva is a songwriter and guitarist who gained fame as the lead singer of Chiclete com Banana. He eventually went on to pursue a solo career, becoming a wildly successful singer and musician throughout Brazil.

His interest in music began as a teenager and he spent his early years playing keyboard for the group Os Elétrons. He then joined Scorpius, a band later known as Chiclete com Banana.

In 2011, he became a spokesperson for Gillette and removed his beard for the first time in his thirty year career.

He and his wife Ana have been married for over two decades and have two children, Filipe and Rafael. Before his marriage, he had one daughter named Rebeca.

Both he and Ivete Sangalo are incredibly popular singers in Brazil.

Bell Marques Is A Member Of