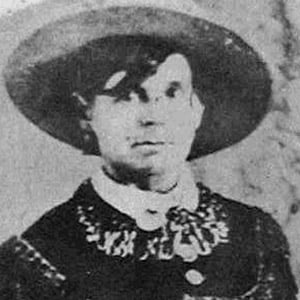 American outlaw who robbed stagecoaches with her husband and harbored known criminals, including Jesse James and the Younger brothers, as they'd grown up together.

She graduated from Carthage Female Academy.

In 1889, she became famous after her death after the publication of the dime novel Bella Starr, the Bandit Queen, or the Female Jesse James.

In, 1866 she married Jim Reed, and had two children. After his death, she married Sam Starr until his death in 1886.

Actress Gene Tierney portrayed her in the 1941 film, Belle Starr.

Belle Starr Is A Member Of