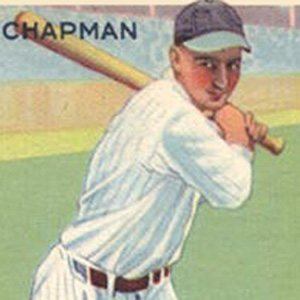 Former MLB Outfield and Manager known best for his outrageously racist remarks and refusal to pitch to Jackie Robinson.

His rookie year, 1930, he batted .316 and played exclusively infield before shifting to outfield for the rest of his career.

He was part of the 1932 World Series Champion New York Yankees team.

He had two sons, William and Robert, with his wife Ola.

He was a teammate of Babe Ruth's on the New York Yankees.

Ben Chapman Is A Member Of