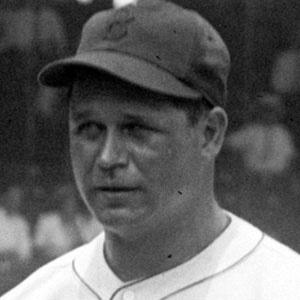 Hall of Fame MLB first baseman and 9-time All-Star who recorded 534 home runs over his career. He was named American League MVP three times in the 1930s while playing for the Philadelphia Athletics and Boston Red Sox and won two World Series Championships with the Athletics.

After inheriting a love for the game from his father, he dropped out of school in order to chase his dream.

He won the triple crown in 1933 while playing for the Athletics.

He became the first player after Babe Ruth to hit 500 home runs.

Jimmie Foxx Is A Member Of