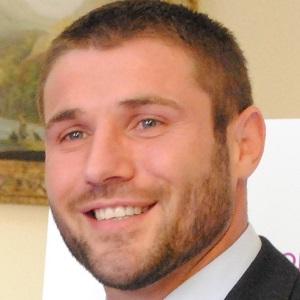 Retired rugby union player who won the World Cup as a member of the English national team in 2003. He is also known for his media appearances on shows like Strictly Come Dancing.

He began playing for Northampton Old Scouts RFC in 2012.

He is a member of the inaugural class of the National Gay and Lesbian Sports Hall of Fame.

He has daughters named Harriette and Isabelle with his ex-wife, Abby Blayney. In 2015, while still married to Blayney, he began dating his Strictly Come Dancing partner Kristina Rihanoff. The couple welcomed a daughter, Milena, in 2016.

Ben Cohen Is A Member Of