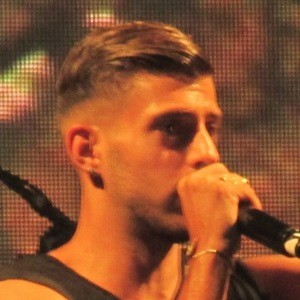 Pop singer and one-half of the Israeli duet known as Static. They are popular for their unique duets, including "Barbie" and "Coastal Road."

He and Static rose to fame after their hit "Barbie" in December 2015.

He's accumulated a strong fan base with over 500,000 Instagram followers and growing.

He was born and raised in Israel.

He and Moshe Peretz were both listed on The Culture Trip's list of 11 Songs You Should Be Listening To While Traveling in Israel.