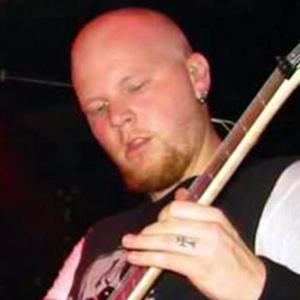 Co-founder, former lead guitarist, and songwriter for the Grammy Award-winning band Evanescence. He has also played with The Halo Method and We Are The Fallen.

He met Amy Lee, the future lead singer of his band, at the age of fifteen when both of them were at the same camp.

In 2003 he left Evanescence over growing tension between him and Amy Lee.

He grew up in Little Rock, Arkansas. He married Jaclyn Napier in January of 2013; they welcomed a son in June 2014.

He collaborated with Lindsay Lohan on her album A Little More Personal (Raw).

Ben Moody Is A Member Of