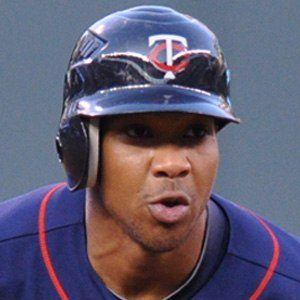 MLB outfielder who began his career with the Minnesota Twins in 2010 and was traded to the Philadelphia Phillies prior to the 2013 season.

He was named MVP of his high school baseball team in Lexington, Kentucky.

He was named Minor League Player of the Year after hitting .379 and stealing 44 bases with the Beloit Snappers of the Class A Midwest League.

He became teammates with Joe Mauer in 2010.

Ben Revere Is A Member Of