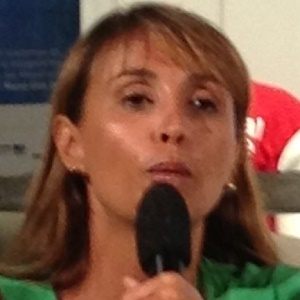 Italian television presenter and journalist most famous for her hosting duties on Bake Off Italia - Dolci in Forno and La Cuoca Bendata. She has written several books, including cooking and children's books.

She graduated from the University of Milan in 1997 and was working as a professional journalist in 1999.

In 2013, she and her sister were contestants on the cooking competition show La Prova del Cuoco.

She married Sky Sports soccer journalist Fabio Caressa, with whom she has three children. She is the sister of television presenter Cristina Parodi and journalist Roberto Parodi.

Benedetta Parodi Is A Member Of