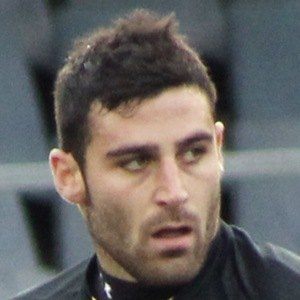 Spanish forward who played on the FC Barcelona reserve team from 2008 to 2011, then later went on to play for such teams as Girona, Elche and Hércules.

He began his youth career with Sant Cugat and Mercantil, before completing it with Damm from 2005 to 2006.

He helped Cultural Leonesa win a Segunda División B title in 2016-17.

Benja Is A Member Of