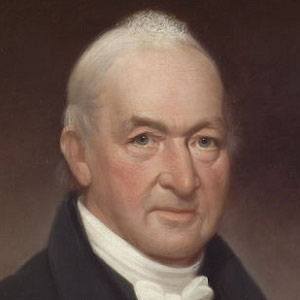 American Revolutionary War hero who organized the Culper Spy Ring, which was tasked with sending General George Washington information on the British Army who, at the time, were occupying New York City.

He graduated from Yale college in 1773

He is one of the main characters in the AMC series Turn, which premiered in 2014.

Benjamin Tallmadge Is A Member Of