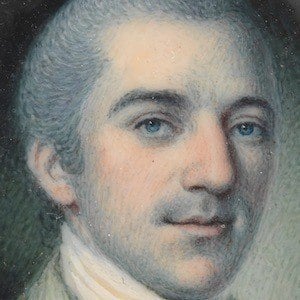 Soldier and statesman during the American Revolutionary War who became known for his criticism of slavery. He was portrayed by Anthony Ramos in the acclaimed musical Hamilton.

He was tutored at home before his mother died. His father then took him to England to finish his education.

His life came to an end during the Battle of the Combahee River.

He married Martha Manning in 1776 and they had a daughter, Frances, in 1777. He had siblings named Martha, Henry, James, and Mary, and was born to parents Henry Laurens and Eleanor Ball.

He developed a close relationship with Alexander Hamilton.

John Laurens Is A Member Of