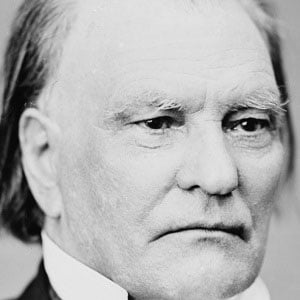 Republican Senator from Ohio from 1851 to 1869 who was a leader of the radical faction of his party during reconstruction and supported women's suffrage and equality for African-Americans.

He was admitted to the Ohio bar as a lawyer in 1828 and began practicing not long after.

If the impeachment of President Andrew Johnson had been successful then he would've become President of the United States.

He was married to Caroline Rosekrans Wade.

He was a well-known radical Republican much like Thaddeus Stevens.

Benjamin Wade Is A Member Of