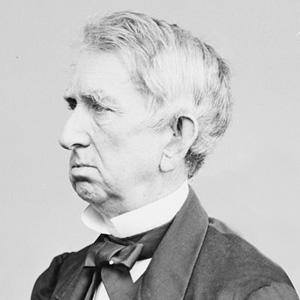 U.S. Secretary of State and member of Lincoln's infamous team of rivals who purchased Alaska from Russia in 1867. He was also the twelfth Governor of New York and he survived an attack on his life the same night as Lincoln's assassination.

In 1820, he graduated from Union College with a law degree.

The city, Seward, in Alaska is named after him.

He married Frances Miller in October 1824 and the couple had five children together.

He served as the Secretary of State under Abraham Lincoln.

William Seward Is A Member Of