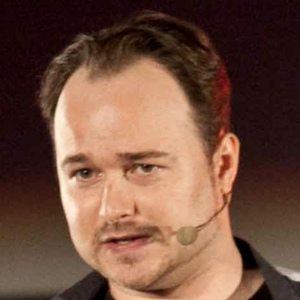 Author and polyglot who has gained fame as the founder of the Fluent in 3 Months language learning brand. His 2014 debut book Fluent in 3 Months became a best-seller on Amazon in the UK, Canada, and US, and led to his speaking at two TEDx conferences.

He graduated from University College Dublin in 2003 with his engineering degree. He moved to Spain for six months following his graduation to properly learn Spanish.

He was named National Geographic's 2013 traveler of the year. He has amassed more than 110,000 subscribers to his self-titled YouTube channel, where he has posted language learning tutorials and travel tips.

He was originally born and raised in Ireland.

He and Tim Cunningham have collaborated on his YouTube channel.

Benny Lewis Is A Member Of