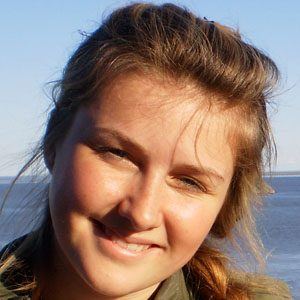 Famous for her environmental activism, this Canadian woman outlined a number of the causes closest to her heart in her 2011 book The Next Eco-Warriors. In 2013, she launched a documentary film project titled Activism 2.0.

In her early twenties, she began her activism career with the Sea Shepherd Conservation Society. She went on to work for 350.org, EarthRoots, Greenpeace's Tar Sands project, and the Canadian Youth Climate Coalition.

She appeared in the second season of the Whale Wars reality television show and contributed environmental commentary to MTV News and THIS magazine.

Her mother and father, Bobbi and Robert Hunter, co-founded Greenpeace.

She appeared in a 2011 documentary about the life and work of Sea Shepherd Conservation Society founder Paul Watson.

Emily Hunter Is A Member Of